Normally, our party season kicks off mid-May at the Jauro fiesta. But, finally, we made it to the Aguilas Carnival. With over 200 years of history,  it was awarded “Fiestas of International Tourism Interest” in January 2015. 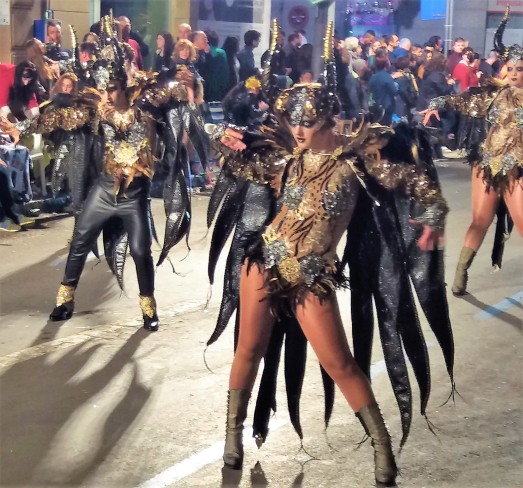 And so many tiny children participating! 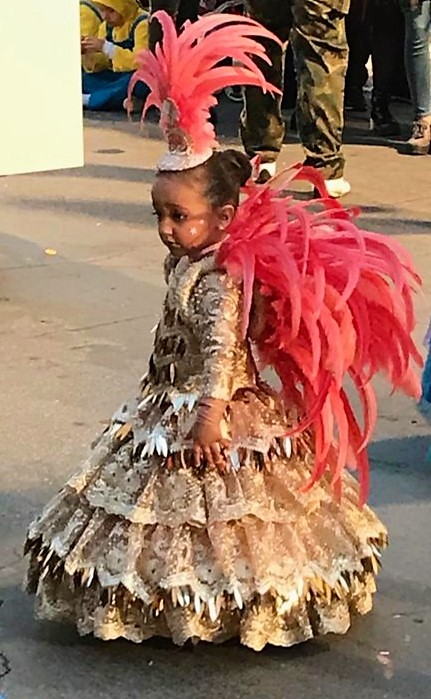 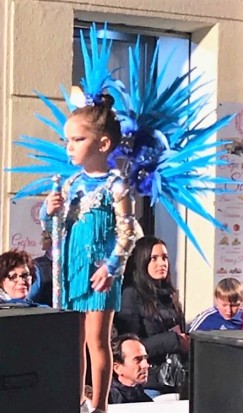 The carnival is also the most famous in Murcia and people travel from all over Spain to enjoy it! 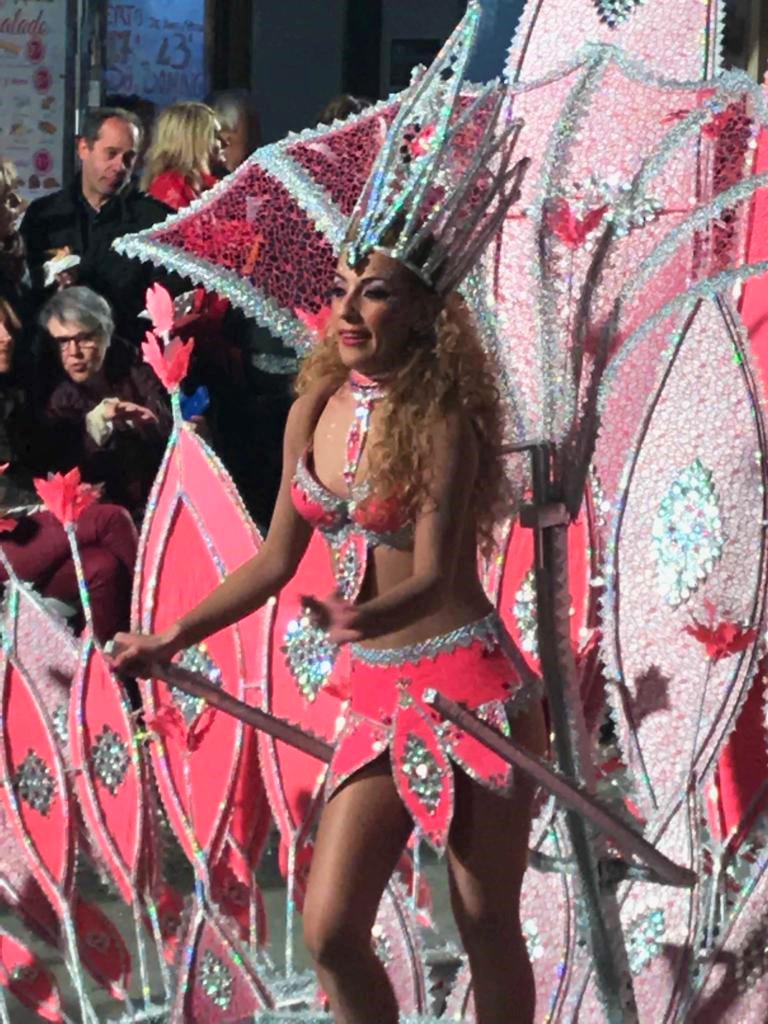 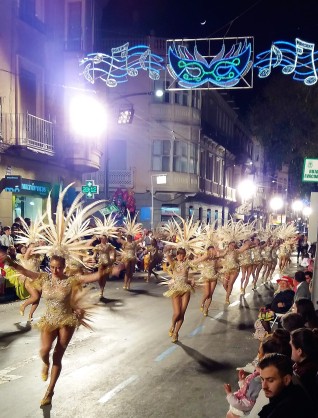 The carnival is over many days and the parades last anything between 2 to 4 hours! We went on the last evening for the Grand Parade. 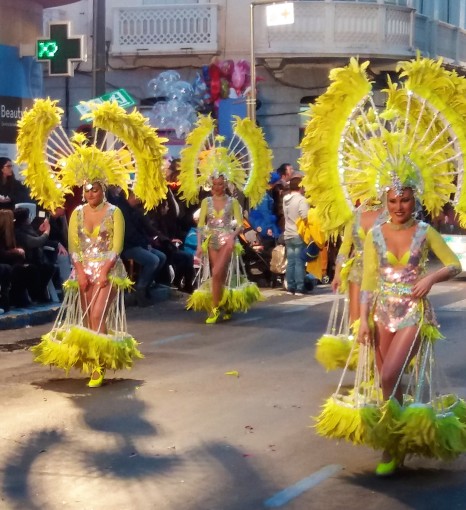 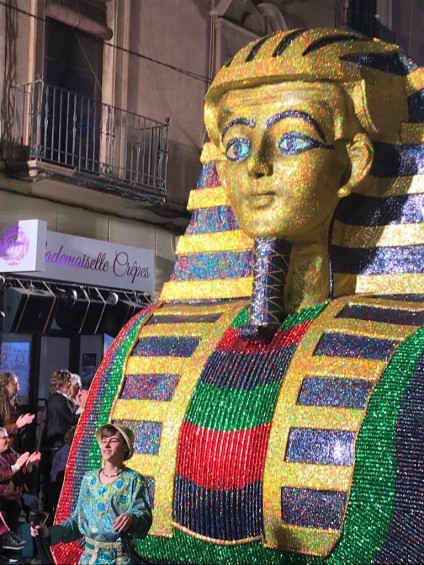 There were thousands of people in carnival spirit helped by the “cuerva”(wine based drink) which is one of the well known features of this carnival. It’s said that the drink, La Cuerva, is prepared using all the left over alcohol from Christmas. Now there’s an idea as I peep in our drinks cupboard! Lots of spirits mixed with red and white wine plus soft drinks. I couldn’t find an exact recipe but as there is a contest for the best Cueva, it sounds like anything goes? The judges decide on the tastiest and name the winning drink “Super Cueva”!

A little tease for you ….. zoom in and count the lolly sticks in the photos above on the floats and outfits ….. 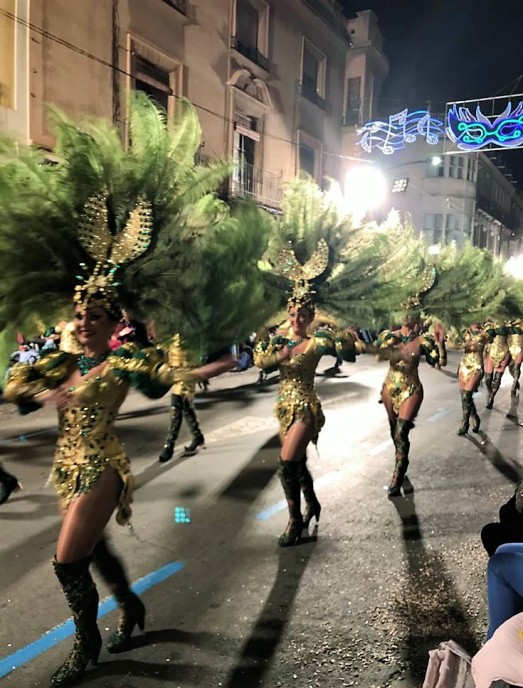 Another feature is the “cascarones de confetti” (eggshells filled with confetti). Months ahead of the carnival, eggs are blown rather than broken and the eggshells stored by the locals. They are then painted or covered in colourful tissue and filled with confetti. On the Saturday before the big carnival parade in the Plaza de Espana, the cascarones are thrown during the battle of Don Carnal and Doña Cuaresma. 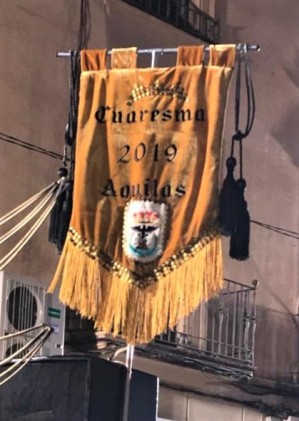 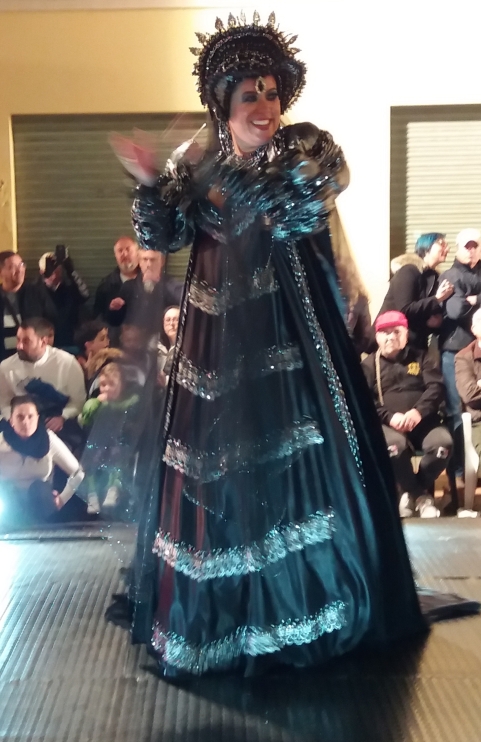 Doña Cuaresma (representing austerity, self denial and abstinence)  wins and imprisons Don Carnel (representing mischief, merriment and excess) and we enter Lent. He escapes (end of Lent) and they get together and we party at the fiestas following Semana Santa (Easter week). This battle is played out in many carnivals all over Spain. 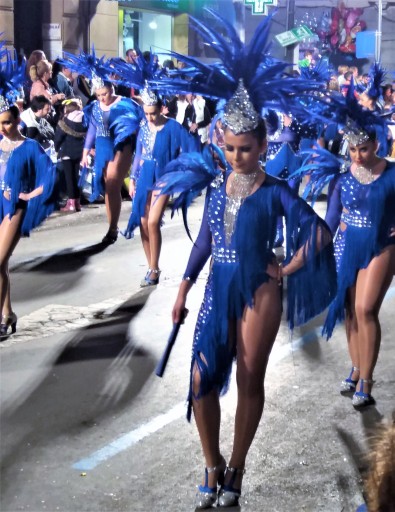 We will be there next year, will you?