Hola Ezequiel, where were you born in Spain?

I was born in Albox, Almeria province in Andalucía, Southern Spain. Albox is situated in the heart of the Almanzora Valley with the Mediterranean coast about 45 minutes away.

Can you remember your favourite childhood memory growing up in sunny Spain?

I have so many memories but here is just one from my early childhood. I remember waking up on vacations, getting myself dressed in shorts and polo shirt and running outside into the street to play with my friends. When I was young my ‘pueblo’ was very quiet and all the houses were open and we could run in and out, at any time alone. The feeling of freedom!

What do you think are the most endearing traits of the Spanish people?

I think the climate creates our personalities and the pleasant temperatures invite us to go out and socialise.

Can you pick fruit from your garden each day?

Yes, at this moment I have avocados, bananas, oranges and lemons. In each season of the year there are different trees to pick from – is this paradise? 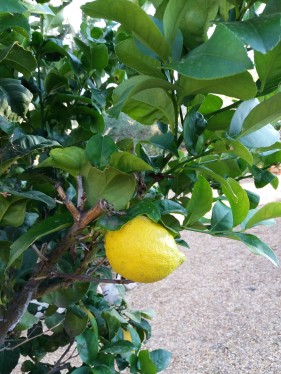 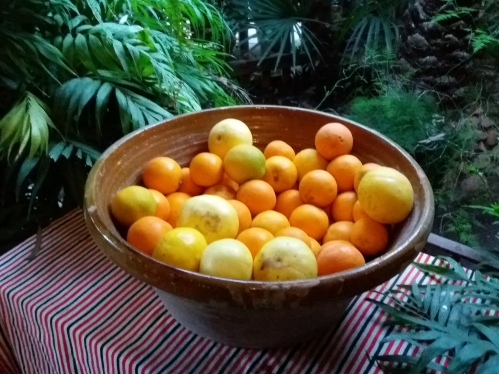 What exactly is a ‘Mediterranean diet’…..?

Our Mediterranean diet is about consuming natural produce prepared in a traditional way. The balance between vegetables from the garden, protein from meat and fish and unsaturated fats from our olive oil, makes this diet a reference for healthy food worldwide.

And your favourite tapas whilst sipping an ice cold beer by the Med?

The fish in this area is of great quality and fresh. For me, the perfect tapa to accompany a wine or a beer. 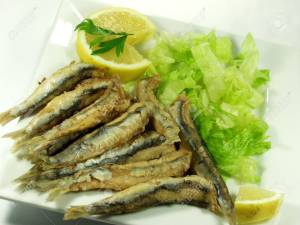 The menu will always have salad, soups, meats or fish accompanied by vegetables. Fruits and pastries are part of a typical ‘menu del dia’. The variety of products makes it easy not to repeat the same dish very often.

What is the key to cooking the ‘perfecto paella’?

The perfect paella does not exist! Each chef has his own technique and each region has different key ingredients in their paellas. The paellas with fish and seafood are more common on the coast and paella with meat, you will find inland. It’s like a “pizza” where you can put different ingredients. 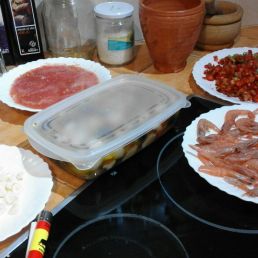 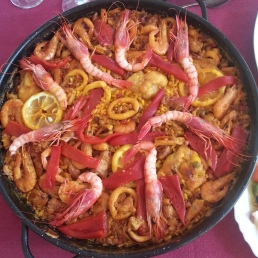 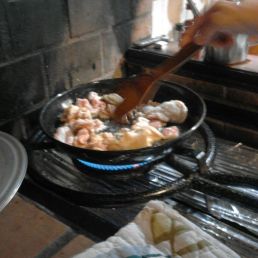 What do you think is Spain’s biggest contribution to world culture?

Throughout history there have been many contributions that Spain has made to the world in the field of science and culture. But one of its most important has been its language. Spanish is used daily by 500 million people as a means of communication throughout the world. After Mandarin, it is the second most spoken language.

What is special about the Spanish guitar music?

The most important guitar maker in the 19th century was Antonio de Torres who was born in Almeria. It is his design that we recognize today as the modern classic guitar. They are the standard in flamenco and international classical music. The creativity of this instrument instantly recreates landscapes, colours, light, smells, feelings and sensations of Spain.

Flamenco originates from Andalucía so how often do you practice?

I spend my leisure time in my music studio. So I practise when I meet friends or musicians who know and share the flamenco duende – passion and inspiration!

Fiestas are very important in the Spanish culture…why?

Spanish fiestas symbolize the essence of Spain and the Spanish people. They are colourful, vibrant, usually noisy, often chaotic and always good fun! They’re the vital ingredient to any party.

I only have 10 days in Andalucía; please can you suggest an itinerary of ‘must see’ places?

Andalucía is a very large province to visit in only 10 days, but there are some essential places to go, I think?

If we start our route in the west of Andalucía, by the Guadiana River, which is on the border with Portugal, you can visit the beautiful and excellent beaches of Isla Cristina and the Doñana National Park. For nature lovers there is a lot of wildlife adorning conservation areas of true natural beauty. From San Lúcar de Barrameda you can take a boat to navigate the Rio Guadalquivir to Seville. 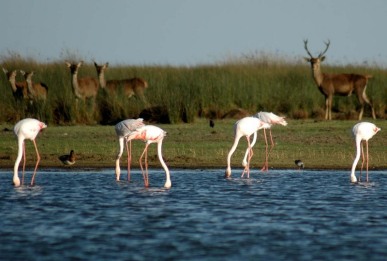 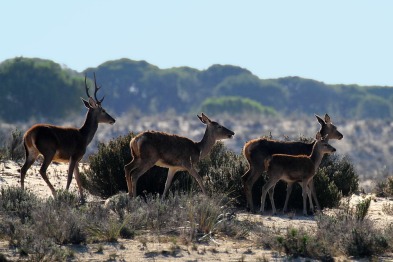 Once in Seville, you should visit the Torre del Oro (military watch tower) and the cathedral with the Giralda tower (bell tower). 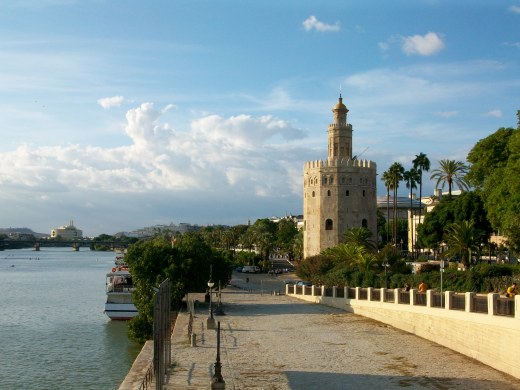 Then, there is Archivo General de Indias which contains some of the most important historical records of Spanish colonialism in the Americas and declared a World Heritage Site by UNESCO. Discover the neighbourhoods of Santa Cruz, Triana and visit the Maria Luisa Park. Amid the scent of orange blossom, take a horse driven carriage ride. Finally, after some tapas  visit a “tablao flamenco” to enjoy the music and dancing typical of Andalucía. 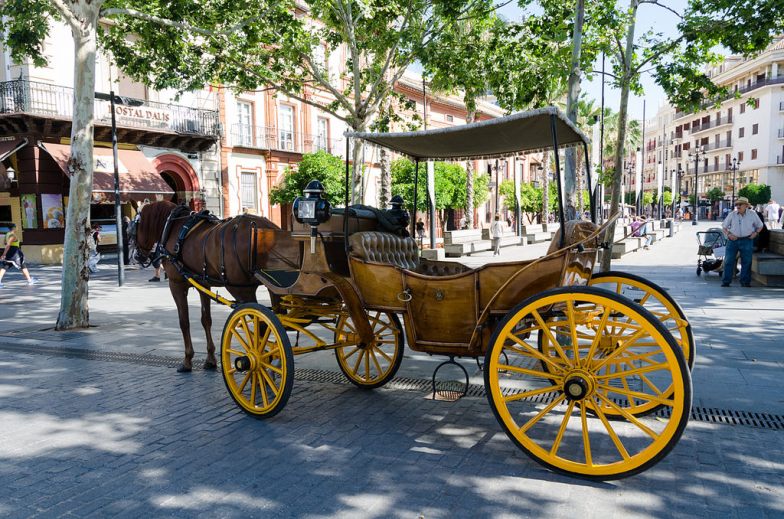 Taking the motorway to Cadiz you will find Jerez de la Frontera where it is possible to visit the bodegas and taste their world famous wines. The Port of Santa Maria offers an opportunity to taste the excellent fish and seafood along with a good wine from Jerez! 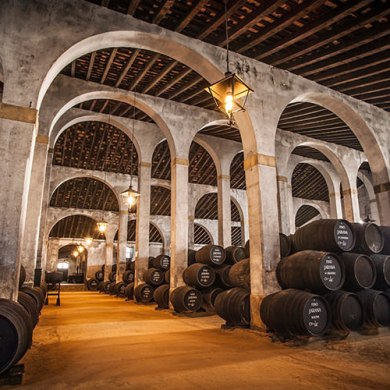 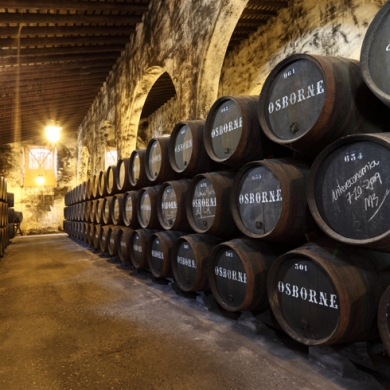 Cadiz offers its carnival with a show of “chirigotas” (music groups) with lots of fun and where Don Carnal defeats Doña Cuaresma as part of the entertainment. 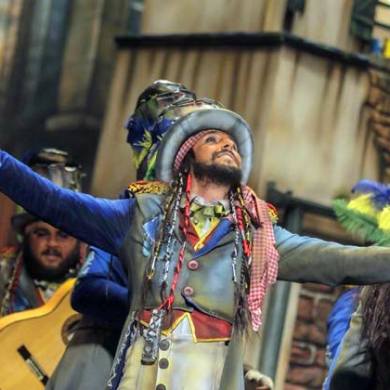 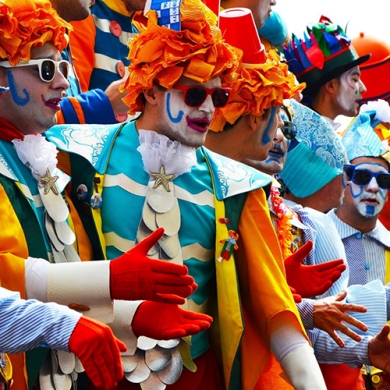 From Gibraltar to Malaga is the Costa del Sol, where you can visit the well-known towns of Marbella and Torremolinos. Sit and take a coffee while people watching – the rich, famous and glamorous!

From Malaga it’s about a 50 minute drive to Antequera Dolmens, the megalithic constructions from the past and El Tórcal nature reserve, known for its unusual limestone rock formations. 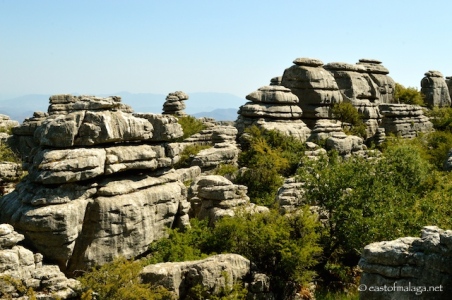 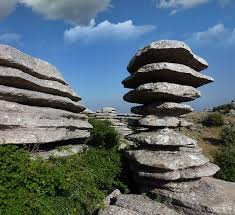 We can re-join the motorway onto Cordoba where you discover the world famous Mosque – Cathedral, of Arab origin and later adapted to the Christian religion, turning it into a cathedral but respecting its essence. 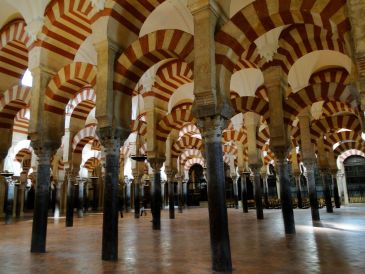 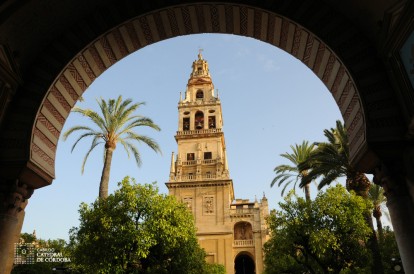 Stroll through the streets of the old town, especially when it’s the Spring Festival, as private houses open their flowered courtyards to the public. It really is a ‘must’. You will also find goldsmith workshops, where they still make jewellery in the traditional way. 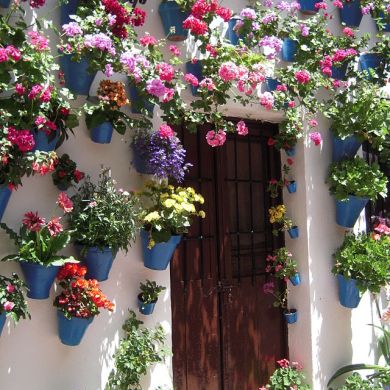 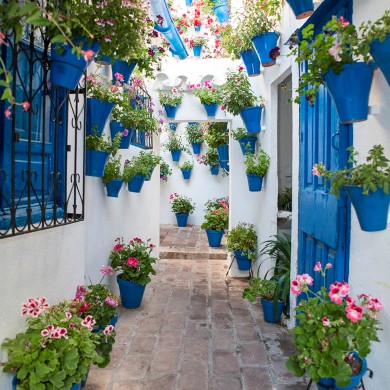 A drive from Cordoba to Jaén will take you through a landscape of olive trees, where the intense smell of the olive oil production invades all the senses. The castle of Santa Ana and the towns of Úbeda and Baeza are also worth stopping at?

I think a trip to Granada is very special and to tour the Alhambra Palace is spectacular.  Walk along the banks of the Rio Darro, filled with bars, music and shops with the Alhambra Palace as the backdrop, especially at night, is beautiful. During the winter and spring the Sierra Nevada ski resort is open. Yet a few kilometres away are Motril and Almuñécar with a tropical climate.

Finally, Almeria province, the great unknown or the ‘orchard of Europe’ has a mild temperature with an average of 13º C in winter and 26º C in summer which makes it very attractive to live all year round.  In the capital you can visit the cathedral and the castle of the Alcazaba. The mountainous interior of Almeria finds the towns of La Alpujarra (also part in Granada province), Vélez Blanco and Maria. Back along the Mediterranean coast you can see the more touristic towns of Roquétas de Mar, Mojacar and Vera, perfect to enjoy the sun, beach, tranquility and a magnificent gastronomy. 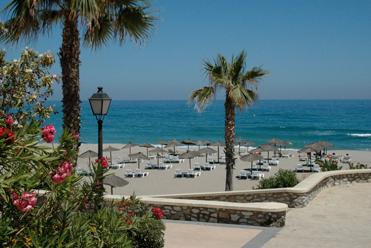 But, really I have only mentioned just a few places in Andalucía…

So, to end our interview, how was it growing up under Franco rule?

My childhood, like that of any child was far from any political events. I was not even aware of the historical time in which I had to live. It was only later, in my adolescence, when I became aware of the situation.

My first years were spent planning childhood imaginative games in my neighbourhood, at school and with family. At home, people never talked about politics, it was taboo. It was a quiet and safe neighbourhood, as I mentioned before. The games I played with my friends relied on and developed our imagination in order to occupy our days. I also remember my vacations at my grandmother’s house in a rural environment. We had to find the water for the house on a donkey and at night the rooms were lit by candles!

When I was 10, we moved neighbourhoods to a house that my father had built. On the terrace I made a dovecote and I took care of our pigeons. After football, this would occupy my time encouraged by my older brother! A teacher taught me to play the guitar and it would become my favourite hobby and passion, still today.

My first music group, in my adolescence played protest songs. I guess I became more politically aware and understood the importance of freedom within a dictatorship. In Spain there was an air of real change with the death of Franco. The transition from dictatorship to democracy happened in my new music band, between the chords of Rock & Roll and the university. There was a journey with a lot to discover!

One thought on “Spanish Inquisition…”